Blog - Latest News
You are here: Home1 / How to improve the wear resistance life of blast wheel 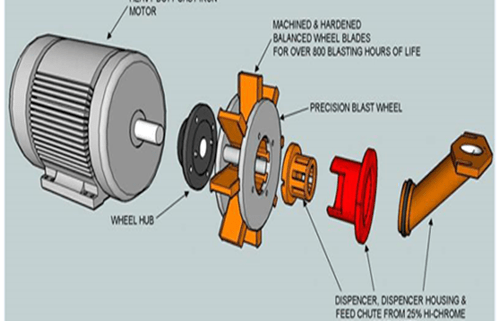 The blast wheel is mainly composed of impeller, directional sleeve, shot wheel, blade, top guard board, side guard board, end guard board, guide pipe, etc. When working, the speed of impeller is over 3000 R / min. a large number of bullets are thrown out from the inlet end of the blade through the shot dividing wheel, which makes the blade suffer from the impact and wear of the bullets. Since then, on the one hand, the projectile is under the action of inertia force, and it is pressed on the blade with great positive pressure; on the other hand, under the action of centrifugal force, it moves towards the exit end at a very high speed. The closer the exit is, the greater the positive pressure on the blade and the velocity of the projectile moving outward. Finally, it is thrown to the cleaned workpiece surface at a speed of 65-100m / s or higher. In addition, the exit blade also collides with a large number of rebound projectiles at a high relative velocity, and bears a large local impact stress.

It can be seen that during the working process of the blade, the surface not only rubs strongly with the projectile and produces wear, but also is impacted by the projectile and produces local impact stress. Therefore, the main failure mode of blade is impact wear. The impact stress aggravates the wear process and makes the blades with micro cracks and casting defects fail due to fracture.

The hardness of the cast iron shot is high, but when it collides with the blade, the friable crack itself. The casting shot material is defective. When the casting process is formed at high temperature, there will be pores, because the blade will be broken to form sharp corners after wear. When it moves on the blade with great pressure, the blade will produce serious cutting wear; the hardness of the steel wire shot is relatively low, not easy to break, and the loss is small, but the steel wire shot has its own water angle, which is relatively large for the blade wear of the shot blasting machine. 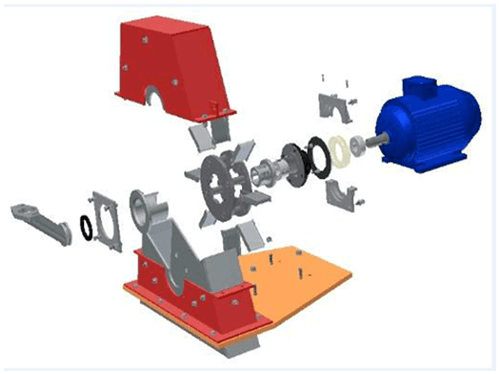 In order to improve the impact wear resistance of blades, the materials are required to have not only high hardness, but also enough toughness.