You are here: Home1 / Shot blasting & sandblasting: what is the difference? 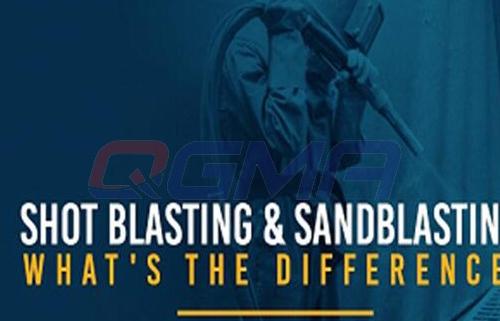 The difference between sandblasting and grit blasting, as shot blasting is often called, is straightforward. It lies in the application technique that material cleaning, restoring and preparation industry experts use to apply abrasive material to products being readied for finishing. Essentially, the sandblasting process uses compressed air to shoot some form of abrasive media like sand against the product being treated. Shotblasting employs centrifugal force from a mechanical device to propel treatment media upon the product.

Truthfully, “sand” blasting is now a misnomer. The abrasive blasting industry rarely uses sand as a treatment media because sand has certain properties that make it difficult to work with. There are far better — and safer — blasting media materials on today’s market than silica sand. They include media manufactured from minerals, metals, glass, plastics and organics like corn cobs and walnut shells.