Blog - Latest News
You are here: Home1 / Why metal parts need to be shot blasted? 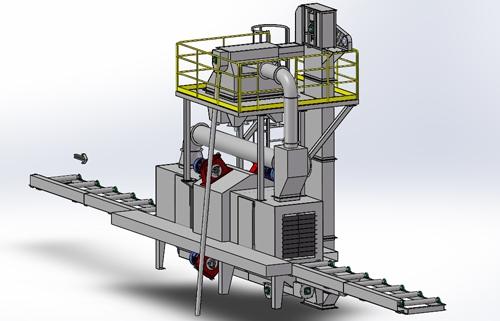 The blast cleaning and strengthening of shot blasting machine is a process of cold treatment, that is, the medium of millions of steel shot is continuously hit on the surface of parts by the motor driving the blast turbines. Each steel shot hits metal part like a miniature rod hitting the surface, hitting a small indentation or depression. In order to form a depression, the metal surface must be stretched. Under the surface layer, compressed grains try to restore the surface to its original shape, resulting in a hemisphere with high compressive force. Countless depressions overlap to form a uniform residual compressive stress layer, which further improves the expressive hardness and fatigue strength of the workpieces and significantly extend the service life of the workpieces.

The surface of the newly cast casting is not neat, and some burrs and clay sand will remain. It needs to be sanded and rust-proofed later stage. Some defective products also have pores on the surface, which leaves potential safety hazard to the use of the product, so the surface inspection of the casting is required, and the shot blasting machine can well meet the above requirements.

What is the principle of surface nondestructive testing of shot blasting machine? The casting is transported to the shot blasting machine chamber by hanging, crawler or roller, and the workpiece is rotated and tumbled continuously in the chamber. The blasting turbines to be arranged around the blasting chamber with a reasonable layout, which can accelerate the steel shot projection. Through intensive steel shot projectile striking, it can effectively clear sand and polish, at the same time, it can screen the castings with defective parts, and the pore  will be exposed in advance to avoid potential safety hazards in the later stage. The above is the principle of surface nondestructive testing using a shot blasting machine. 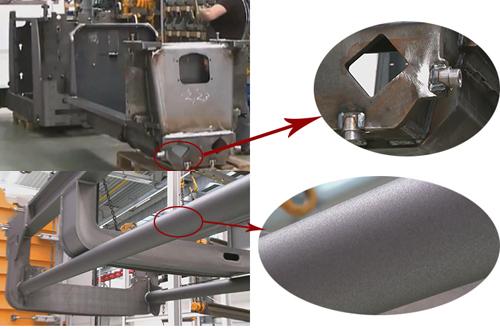 Many steels and parts have been exposed to moist air during the process of being placed, resulting in a series of chemical reactions. Over time, a layer of scale and rust have formed on the surface,  which has a negative impact in the aesthetics and deep processing of the use. At this time to use shot blasting machine for rust removal will be effective.